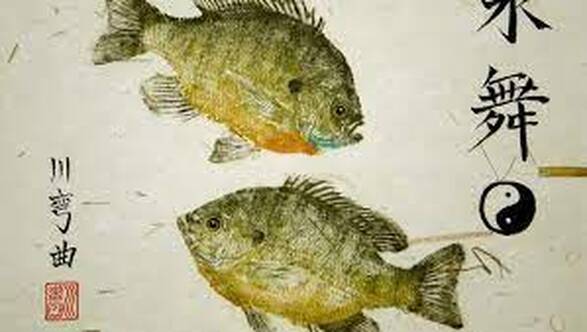 ​Origami (折り紙,  from ori meaning "folding", and kami meaning "paper" (kami changes to gami due to rendaku)) is the art of paper folding, which is often associated with Japanese culture. In modern usage, the word "origami" is used as an inclusive term for all folding practices, regardless of their culture of origin. The goal is to transform a flat square sheet of paper into a finished sculpture through folding and sculpting techniques. Modern origami practitioners generally discourage the use of cuts, glue, or markings on the paper. Origami folders often use the Japanese word kirigami to refer to designs which use cuts.

The small number of basic origami folds can be combined in a variety of ways to make intricate designs. The best-known origami model is the Japanese paper crane. In general, these designs begin with a square sheet of paper whose sides may be of different colors, prints, or patterns. Traditional Japanese origami, which has been practiced since the Edo period (1603–1867), has often been less strict about these conventions, sometimes cutting the paper or using non-square shapes to start with. The principles of origami are also used in stents, packaging, and other engineering applications.

Gyotaku
Gyotaku (魚拓, from gyo "fish" + taku "stone impression") is the traditional Japanese method of printing fish, a practice which dates back to the mid-1800s. This form of nature printing was used by fishermen to record their catches, but has also become an art form of its own.

The gyotaku method of printmaking uses fish, sea creatures, or similar subjects as its 'printing plates'. Prints were made using sumi ink and washi paper. It is rumored that samurai would settle fishing competitions using gyotaku prints. This original form of gyotaku, as a recording method for fisherman, is still utilized today, and can be seen hanging in tackle shops in Japan.

Susan Roberts graduated from Colgate University with a degree in Music Performance and studied art and music in an art school in Chennai, India. She has taught K-12 Music and Art in private schools, residential facilities, nursing homes and summer programs. For 10 years, Sue was the Art and Music Specialist at Pathfinder Village, a residential center for children and adults with developmental disabilities. In Las Vegas, she conducted award winning community art programs in at-risk neighborhoods. She has worked as an Artist in Residence for several school districts in New York creating art experiences to enhance curriculum.
Sue developed a love of the Japanese culture and art forms while in college. She studied paper folding from a master origami artist at Colgate. Inspired by this Master Artist, she took on-going workshops at the Museum of Natural History in New York City where Origami, USA is centered. She studied Gyotaku at a studio in Vermont and learned Japanese book binding (Seihon) at the Women’s Studio Workshop in Woodstock, New York. She has been teaching these artforms to children and adults for the past 40 years at various art venues including a therapeutic origami program for wellness.